"You learn from your mistakes" - The Optimist.

That saying is probably one the most hated sayings, for me anyway, which has ever been said. I'm one of those people who would rather be told and taught how to do things right the first time. That way, I shouldn't have to learn from mistakes purely because there won't shouldn't be any. Makes sense, right?

Well, sometimes life just isn't that fair to you. Mistakes happen for a variety of reasons. Sometimes you're careful and someone else isn't, other times you just have no idea that something was going to go wrong and it just did. Life sucks like that, and you just have to swallow a concrete pill and deal with it.

"Mistakes" have also happened in the beer world to spawn some pretty amazing products. The story of how beer came about is, probably, built on a series of fortunate mistakes. I once heard beer writer Neil Miller explain it (sort of) like so: 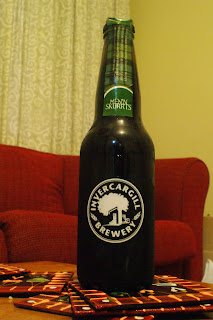 But my favorite mistakes in beer both involve Yeastie Boys, the self-described first ultra cool, postmodern brewers of leftfield ales. Made up of Wellington brewer Stu McKinlay and Auckland beer hunter Sam Possenniskie, this brewing company really does make some of the most interesting beers which come out of this wee little country I call home. I'm a huge fan of their black IPA/hoppy porter Pot Kettle Black, and have recently fallen in love with their tea leafed IPA Gunnamatta. The bergamot from the earl grey tea leaves gives the most amazing aroma and puts a whole new spin on the old saying "there's always time for tea".

Arguably their most popular well-known beer is Rex Attitude, the 100-per cent peat-malted golden ale. The beer which wants to be a whisky caused many bars problems, from trying to sell pints of what some people described as burnt bicycle tires, to getting the smell of the stuff out of the beer lines. Turns out Steve Nelly at Invercargill Brewery had the second problem, but instead of in beer lines it was in his brew kit.

For those who don't know, Yeastie Boys' beers are brewed down in Invercargill. So is the Pink Elephant range. So, when Mr Nelly went to brew Pink Elephant's Mammoth after brewing Rex, the coelurosauria managed to get down with the proboscidea and create an entirely new beast - Men’nSkurrts.

To put it as simply as I can, MnS is Mammoth, but with the leftover smokiness from Rex giving it a bit of a twist. And I'm so glad they didn't take the easy (albeit expensive) option of tipping it down the drain. It has a huge rich aroma tinged with that peat smoke from the Rex, and the fruitiness of the leftover golden ale really punches through the solid malt backbone of the Mammoth. It really is the best of both worlds. 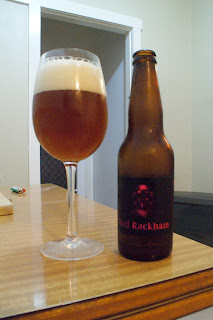 So while Yeastie Boys managed to screw up a brew of Steve Nelly's, it only seems fair he got one back on them. While brewing the strong amber ale Hud-a-wa' for the Yeasties, someone at the brewery accidentally pitched in the wrong yeast. Instead of getting a smooth English ale yeast, this batch got a funky Belgian yeast.

While brews may contain kilos of grain, litres of water and handfuls of hops, yeast is by far the least-added ingredient in beer. However, it is the most important. Without yeast, beer would just be a sweet liquid bittered up with some hops - but it would have no alcohol without yeast. But aside from eating sugar and turning it into alcohol, yeast also has another very important job - imparting flavour. Different yeasts can completely change how a beer turns out. I like to think of it like drummers - they all do the same job, but can give totally different feels to songs.

Like with MnS, this beer was also saved from the drain, and was dubbed Red Rackham. While having the huge caramel backbone and stonefruit flavours of it's brother, Rackham has that nose which can only be described as funky and typically Belgian. The great thing about this beer is the mouthfeel - so thick! While drinking it I actually felt my teeth clenching together, like I was trying to chomp my way through some kind of genetically engineered dried apricot-orange.

What am I trying to say? I'm not really sure. I guess I'm just glad mistakes happen and, instead of brewers only learning from them, we get to experience them - warts, funky yeasts and all.

Jono
A beer nerd stuck in a swamp in the North Island of New Zealand, forced into brewing to suffice my need for quality imbibement.